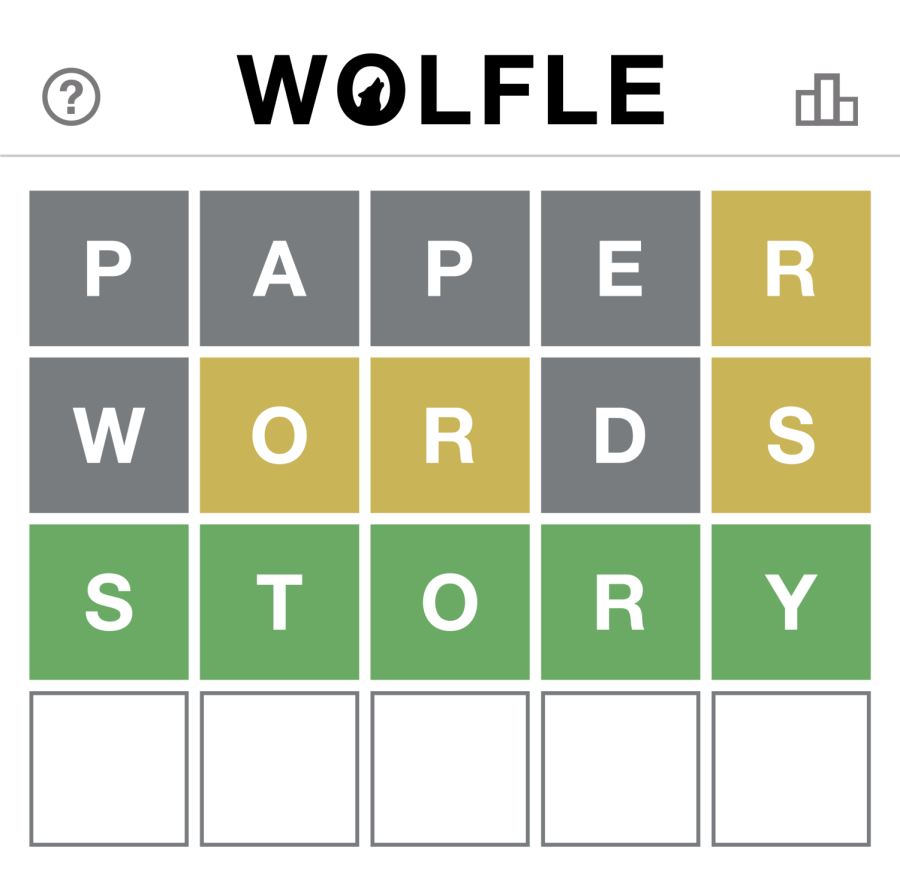 The sudden viral captivation with a daily word game in a hand-held culture of text slang is mesmerizing. It seems society’s vocabulary has quickly devolved into shortened words like “prolly” and “cuz.”

Let’s face it: we have become lazy. Not even the word of the week in English class advances our vocabularies, as we are stuck in today’s social media era where it is only acceptable to use informal acronyms and truncated words. Not to mention how excluded you feel when you don’t get the memo for the new lingo you overhear in the halls or see on TikTok. Whether you deny it or not, we have all used “lol” and “brb” out loud. How embarrassing. Don’t even get me started on how nobody capitalizes the beginnings of sentences anymore, let alone uses proper punctuation.

However, recently, people of all ages are spending every spare moment of time attempting to unscramble their daily dose of Wordle: a vocabulary game with real words! A fairly simple task complicated by the pressure of peers to perform. Players must struggle to remain calm as their brains shuffle through every unused consonant to figure out the word that everyone somehow has already guessed correctly. With only six guesses, this supposed “game” becomes a very serious matter.

What do you do when you have all five letters in yellow, but your brain is still somehow unable to comprehend a single possible way to unscramble the word, leaving you stuck with a bunch of random letters that make up complete nonsense? Forget about the Spanish test you spent all night cramming for; if this doesn’t stress you out, I don’t know what does! Like how am I supposed to have a good day if I can’t even unscramble a five-letter word with six guesses and the cheater we call Google? The flood of anxiety is crippling when you are on your final guess with more than one logical possibility for the day’s Wordle. Talk about an adrenaline rush. On the contrary, the feeling of satisfaction that you experience when you reveal the Wordle after spending an absurd amount of time on it is unmatched.

To help with your Wordle game, it is proven that you can set yourself up for success by choosing an effective starting word. Some of the best words to use are adieu, weary, harpy and – my personal favorite – twerk. These words include a lot of commonly used letters and will insure a strong start to your daily Wordle.

Although our language use has deteriorated into all sorts of slang and improper dialect, Wordle may be the solution we all desperately need to rescue our generation’s vocabulary, as it has already taught us so many new and beneficial words that we can implement into our every-day speech!