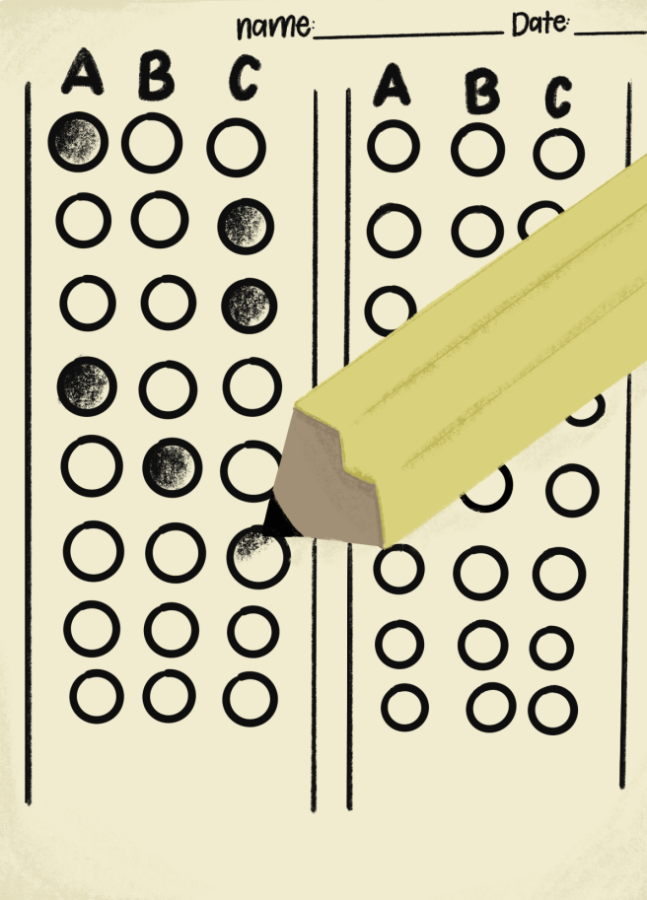 In March, the passage of Senate Bill 1583 and House Bill 4124 was passed, which will place heavier restrictions on the administration of standardized tests. The Senate Bill states that the “Department of Education shall ensure that standardized summative assessments are administered in the schools of this state to the minimum extent possible while still appropriately and effectively assessing the academic achievement of the students.”

The bill will waive numerous state assessment requirements to reduce standardized tests administered by the school. Ultimately, the bill’s writers hope to achieve the goal of preserving public “peace, health, and safety” by avoiding the discrimination and stress tied to standardized testing. Standardized tests have always been a topic of controversy. Although they have previously been considered an effective way to measure one’s level of education, they also come at a high cost. A growing number of universities, including the entire University of California system, have noted that they are no longer requiring them for admissions. Test designers often create exams by assuming that test-takers hold similar background information common to white, middle-class students. Wealthier students tend to score better, as well, as they are able to receive further support in the form of tutoring or test prep courses.

The house bill will place further limitations on standardized testing including which student groups are required to take the tests, allotted testing time, the privacy of testing data and how the school district can use the data collected from the assessments.

“I support reducing/eliminating standardized tests for a myriad of reasons. I do not believe standardized tests are accurate measures of student learning,” Buckle stated. “These tests are rooted in racist and classist ideologies that have discriminated against those in lower socioeconomic levels and marginalized groups since the inception of standardized testing in the United States. I understand that the government and stakeholders want a measure of accountability to make sure learning is taking place, but I am sure that there are many different, better and more accurate ways that that can be demonstrated. I would like to see us promoting more critical thinking and creativity in schools. Promoting assessments that engage and empower students. That to me is knowledge, it is power, it is growth.

Junior Kent Pham agreed with the bill, as well.

“I do agree with this bill,” Pham said. “Standardized tests are not the only way to see how well students are doing in school. Many students, including me, don’t do well in standardized testing environments. This makes it even harder to show whether or not I am actually performing well in school. Although it can be one measure of how a student or school is doing, I don’t believe it should be as impactful.”

Junior Tommy Monkarsh said he could see both sides of the argument.

“I partially agree with the newly passed senate bill,” Monkarsh stated. “Although it is important to preserve public peace by holding off on unnecessary testing that may be unfair to certain groups, it is equally important to ensure that schools are properly educating students and a way of measuring that education must be done. Whether it be standardized testing or measuring growth, the state is responsible for ensuring that schools teach their students and that students who are below the standard are identified and given the help they need.”